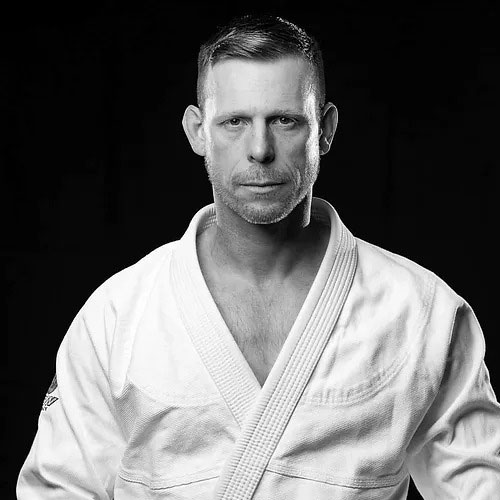 Professor Andrew “Mushu” Osterlund is a black belt under Professor Tanner Rice of Rice Brothers Jiu Jitsu in Redding. Osterlund begun his Jiu Jitsu training in 2006, and has dedicated himself to growing a strong team of both competitors and general practitioners of the art. An active competitor, Osterlund has challenged himself at numerous tournaments such as the IBJJF Pan Americans and Masters Worlds. Accolades include four-time US Open champion, American Cup and Naga Champion. Most recently won his Submission Pro Tour Superfight debut at the black belt level in 2019. Osterlund has over two decades of martial arts experience, beginning his journey with earning his black belt in karate. After teaching karate in the Bay Area for 5 years, Osterlund moved to Paradise, California. Focused on starting Americana and spreading Jiu Jitsu in Butte County, he has now been teaching Jiu Jitsu for over 11 years.